Luke Hakes, Octopus Ventures: The end of our 10 year journey

Luke Hakes, a Partner at Octopus Ventures, who also heads up the firm’s investment strategy, has been a fundamental part of the UltraSoC Board for ten years. He shares his perspective on that journey together 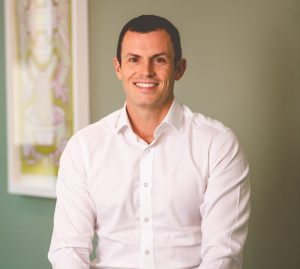 As a VC I don’t often write about our exits, I’m of the firm belief that 99.9% of the time there’s not much that I can add to a story which has been architected, executed told by the fantastic entrepreneurs that we are fortunate to work with. That said, in this case I thought I’d make an exception.

UltraSoC is one of the first companies our fund invested in and a company that I spent almost a decade working with. The journey with the business and the amazingly talented team that built it, was incredibly rewarding, from nothing more than a concept at the point at which we invested through to becoming a global technology company with an enviable list of world class customers.

Things started slowly, for the first seven years of the investment we were the sole institutional investor. Ten years ago, the number of funds in the London market that were either willing or able to make in investment into a company like UltraSoC was very limited, indeed it is really only in recent years that true “deep tech” has once again become fashionable.

Having worked alongside business from its formation phase (I think there were four full time employees in the company when we invested), it was a privilege to watch the team grow, change and mature with the help of a range of extremely talented and insightful board members over those formative years. But it was five years ago, when Rupert Baines joined as CEO followed swiftly by Gadge Panesar (CTO) and Aileen Ryan (CSO and COO) that things started to really accelerate and where the potential of the business was fully unleashed.

This potential didn’t go unnoticed and three years ago we were joined by our friends at Indaco, and a syndicate of other like-minded funds who “got it” as well as a fantastic Chairman in the form of Alberto Sangiovanni-Vincentelli. From then on there was no stopping the company as it delivered customer after customer on its journey to fulfil its mission of having its technology be part of every complex SoC on the planet.

I’m absolutely delighted that Siemens has decided to acquire the business and, in the best way possible way, bring an end to our journey with the company. In buying UltraSoC they have a secured a fantastic asset, both from a technology and team standpoint and I’m really excited to see the next chapter of the story unfold.